Almost by definition, technology companies are meant to create products that the public doesn’t realize it needed. It’s only after the device has entered our lives that we have this realization (as many of you have surely mused, What did we do before cell phones?). Google, of course, is no exception to this rule. And such is the case with its newest product launch: The Google Nest Hub Max.

For the astute consumer, this may sound very similar to the name of a recently launched device created by Google. And that’s because it is. Late last year, the company unveiled the inaugural Hub, which it dubbed the Google Home Hub. It was advertised as being the ultimate kitchen assistant. And with a seven-inch video screen, consumers could see why. Or could they? One of the few drawbacks of the first-generation product was the screen size. Squinting to watching a YouTube video of the proper mincing technique for garlic seemed difficult. Google heeded those calls, unveiling the Google Nest Hub Max, this time equipped with a 10-inch screen and many more bells and whistles. 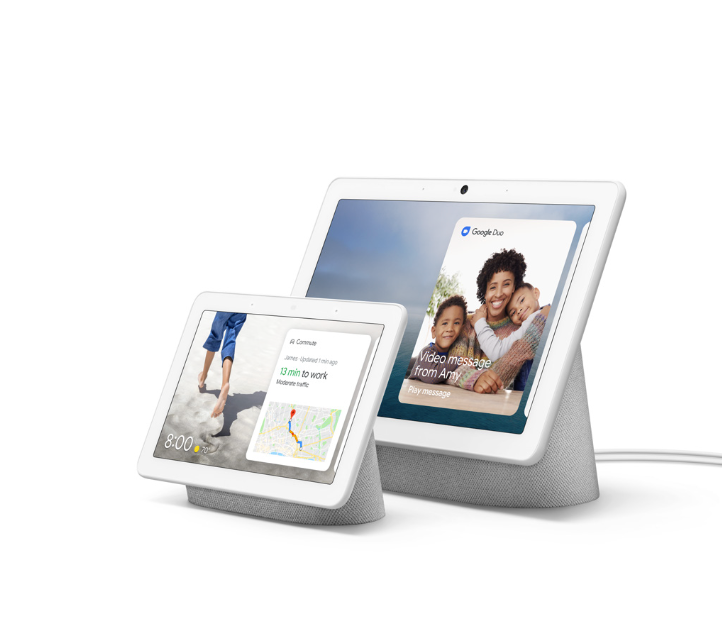 To be fair, the similar sounding names are where the comparisons between the two products should end. While the previous model was surely an upgrade to any kitchen for most consumers, it didn’t have a built-in camera. The new Google Nest Hub Max does, however. (Some consumers, and rightfully so, don’t want any potential breach of privacy that could come with having a camera in their home.

But if you don’t mind, and in fact want the technology that comes with adding a smart home-tech product, this is surely one to consider. For starters, the new Google Nest Hub Max can recognize various people’s faces within a home, fine-tuning the specific information it provides. “The facial recognition is such that, whenever the display recognizes you, it lets you tap to see personalized bits of information such as calendar appointments and video messages.” says Ashton Udall, product manager for Google Nest. “And for those who want to monitor their homes while they’re away, you can also view the camera’s live feed on your phone, complete with motion alerts.” (Note: facial recognition features are completely opt-in). With the built-in camera, you can also video chat with anyone around the world. Simply say, “Hey Google, call Mom,” and the video call goes through. What’s more (and if we’re being honest, this is a great advancement in video functionality), the camera has auto-framing, which means the lens expands and moves with your body so that you’re always in the screen, even if you’re walking about the kitchen while in conversation. Google has fixed a green light next to the camera to let users when the video functionality is on, and when it’s not. There’s also a switch on the back of the device that disables the microphone and camera (an orange light near the camera indicates when it’s disabled).

If you’re watching a video or listening to music, you can pause or resume playback by raising your hand and making specific motions (a feature that seems like a real-life version of Minority Report). The new device also comes with the option of watching YouTube TV. A subscription costs $49.99 per month, providing users access to 70+ channels, including ESPN, ABC, Bravo, and more. The new Google Nest Hub Max is now on sale for $229, and comes in two colors: chalk and charcoal.